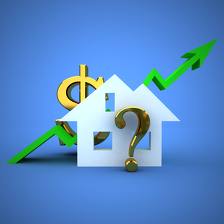 The Federal Reserve today finally announced that it would begin to taper its $85bn-per-month bond-buying program, known as quantitative easing. Starting in January, the Fed will lower its bond buys by $10bn per month — reducing its purchases of mortgage-backed securities and Treasury bonds by $5bn each.

It indicates that the Fed sees continued signs of strength and recovery in the nation’s economy. This is not good news for home buyers and Realtors though as we are certain to see interest rates rise on news of the taper.

The faster the Fed tapers their bonds purchases, the higher interest rates will be. As interest rates rise, fewer people will be able to afford to buy, and with prices continuing to rise in many markets this could signal the beginning of the end of an historic opportunity to buy real estate.

Interest rates rose a full percentage point and more over the summer on the speculation that the Fed would taper in September. The result was the end of a refi boom and thousands of layoffs in the mortgage industry.

Although we all knew that they had to start tapering at some time, there are many questioning if now is really the right time or if this will cause a slow down in real estate that will spill over into stalling the nation’s recovery.